The Battle:“Last night I dreamed I saw a dragon rising out of the sea,” an unknown Japanese soldier wrote in his diary on February 24, 1943. He was sailing aboard Tosei Maru, a passenger-cargo ship traveling to Rabaul, on New Britain, to deliver soldiers and supplies for transport to New Guinea. The Japanese were preparing to launch a flotilla of eight transport ships and eight destroyers destined for Lae, on the eastern coast of New Guinea, to reinforce the garrisons tenuously defending Japan’s grip on the Southwest Pacific.

A week later, now aboard the 6,896-ton Tosei Maru, the author of the diary would indeed encounter a fire-breathing foe, but it would emerge from the heavens rather than from the sea. “Discovered by the enemy,” his final journal entry reads. “At night, enemy planes dropped flares and reconnoitered.” The next day, more than one hundred Allied planes swarmed and decimated the Japanese convoy.

Allied soldiers discovered the diary some time later, washed up on the shores of Goodenough Island. 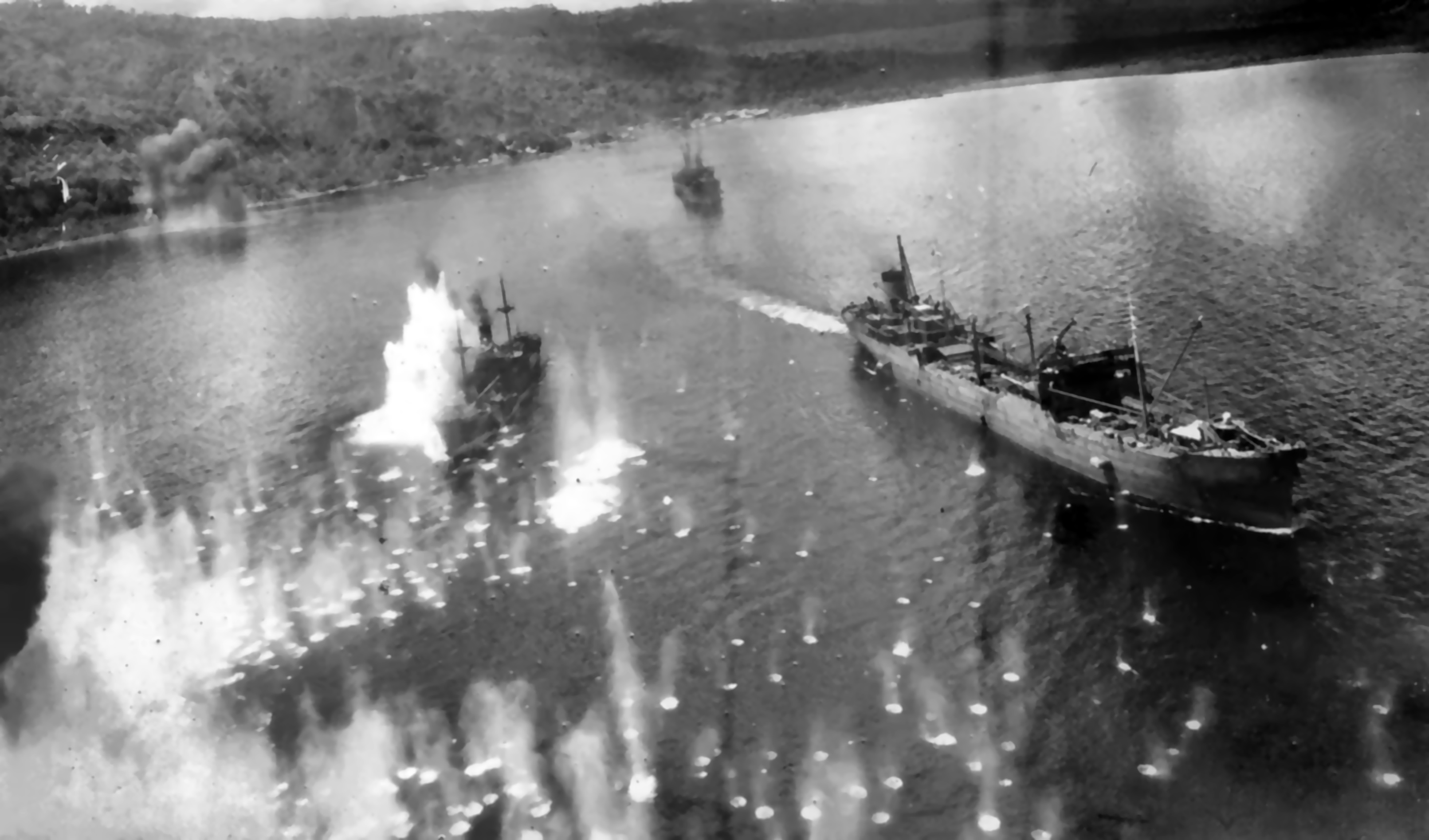 The Allies had detected preparations for the Japanese surface convoy, and naval codebreakers in Melbourne and Washington, D.C., had decrypted and translated messages indicating the convoy's intended destination and date of arrival. The Allied Air Forces had developed new techniques, such as skip-bombing, that they hoped would improve the chances of successful air attack on ships. They detected and shadowed the convoy, which came under sustained air attack on 2–3 March 1943. Of 6,900 troops who were badly needed in New Guinea, only about 1,200 made it to Lae. Another 2,700 were rescued by destroyers and submarines and returned to Rabaul. The Japanese made no further attempts to reinforce Lae by ship, greatly hindering their ultimately unsuccessful efforts to stop Allied offensives in New Guinea. 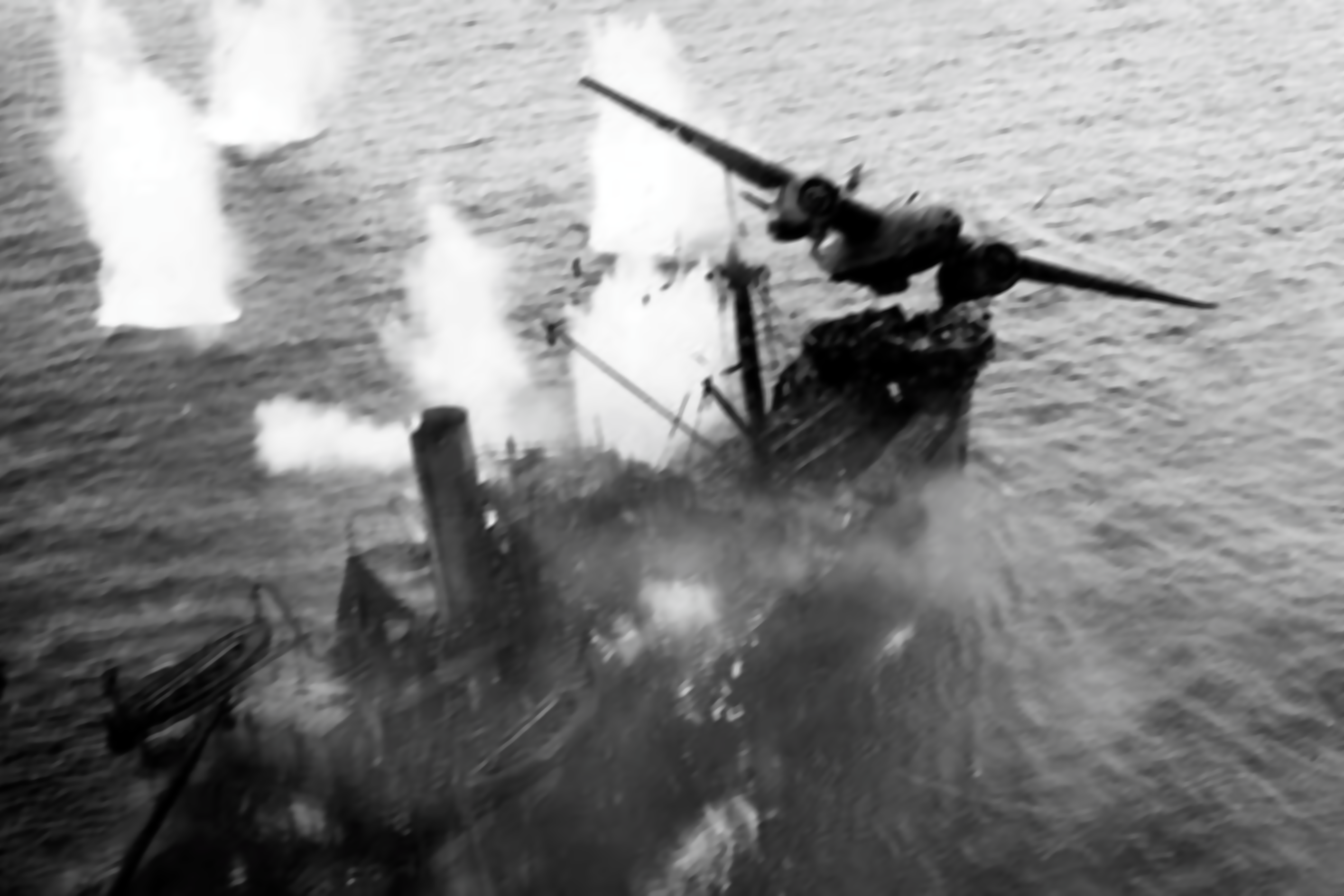 Our Amazing Discovery:Cole's Aircraft acquired one of the last preservable Japanese Zero fighters rescued from the South Pacific just a few weeks ago, which has been covered in Air Classics and Aeroplane Monthly. It's caused quite a stir in the aviation community, and our hometown of Zanesville, Ohio is eagerly awaiting what promises to be a terrific tourist draw once our display is public.Meanwhile, we've possessed some very special artifacts from a historically significant Boeing B-17E Flying Fortress for some time. 'Naughty but Nice' participated in the Battle of the Bismark Sea and suffered serious damage on its bombing run from intercepting Japanese fighters. A section of this aircraft's nose skin, with two bullet holes inflicted by Japanese aircraft, is part of our collection among other parts from this airplane. This Fortress was among the B-17s that landed in Hawaii during the Japanese attack on Pearl Harbor and was uniquely camouflaged the following day in a scheme that has become famous. Research into the history of our Zero fighter has revealed that it, too, participated in the Battle of the Bismark Sea while serving with the 332nd Kokutai, intercepting Allied aircraft attacking the Japanese convoy!Our Special Offer:Ron Cole is working slavishly on his new composition that will depict these two aircraft in aerial combat during the Battle of the Bismark Sea. Cole's Aircraft will be offering a very special limited-edition 11x17-inch relic display that will include preserved pieces of exterior skin from both of these aircraft (similar to our popular Allied Axis P-51D/Me 262 display). Since these displays will be limited, not last long once released, and since we're raising some extra support to help transport the main Zero airframe to Ohio next month - we're giving our subscribers an opportunity to hold one of these displays for a $200 deposit. This deposit also includes a personal invitation to our local studio unveiling (likely in mid-June, dependent upon arrival of our aircraft), and an access to a live feed online event if you cannot make it here in person!

This $200 deposit will be credited towards the final purchase price - $400 - and may be canceled for a full refund at any time prior to shipment, likely by mid-June 2022.